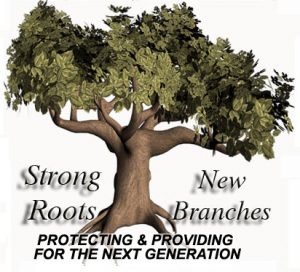 Strong Roots New Branches:  Protecting & Providing For The Next Generation

Strong Roots-New Branches: Protecting & Providing For The Next Generation (SRNB-PPNG) is the name of our current fundraising campaign.  The Grand Oaks Executive Board has embarked on a building campaign to replace Parker Hall with a new Multi-Purpose facility.  It is the hope of the Board to create a storm safe space as part or all of this new facility.  Please join us in praying for clear vision on how to proceed and how to raise the funds necessary.

The original Strong Roots New Branches campaign was intended to meet two facility needs: upgrade our pool and to build a multi-purpose building.  Started in 2013 its impact has been felt most with the pool. The original camp pool, opened in 1985, was projected to last 20 to 25 years.  After 20 years it indeed began to show its age and as it approached 30 the Board knew it was time to replace it.  Thus the SRNB campaign was begun.  Fundraising for the pool was quickly achieved.  Plans were developed and a contractor chosen.  A beautiful new pool was opened the summer of 2014 and currently funds are being raised and plans discussed for the new multi-purpose center.

We are pleased to offer pieces of Parker Hall oak flooring to help raise funds for the new Multi-Purpose Building. If you would like a piece of Grand Oaks history as a keepsake or to honor or remember a loved one, there are two options to choose from.  Click the link below to print out an order form.  Simply return it to us with your payment and we will send you your requested item(s).

Our goal is to raise $675,000 for the construction of a new Multi-Purpose Building.  We are working on a three phase plan to complete the work.

Phase 1 is to remove Parker Hall and prepare the site for the new building.

Phase 2 is to build the concrete basement which will provide shelter in the storm.

Phase 3 is to build the first and second floor housing the gymnasium and an office/living quarters for guests.

We ask that you be a vital part of this effort to Protect and Provide for the Next Generation!  Prayerfully consider how you can give back what God has blessed you with, helping to strengthen our roots and grow new branches with future generations that visit Grand Oaks.  Click the link below to print out a Commitment Card.  Please fill it out and return it to us with your pledge to help give life meaning to those who come.

This video describes Parker Hall and the plans for a new Multi-Purpose Building.  We are looking forward to seeing what God has in store, join us as we strive to Protect & Provide For The Next Generation. 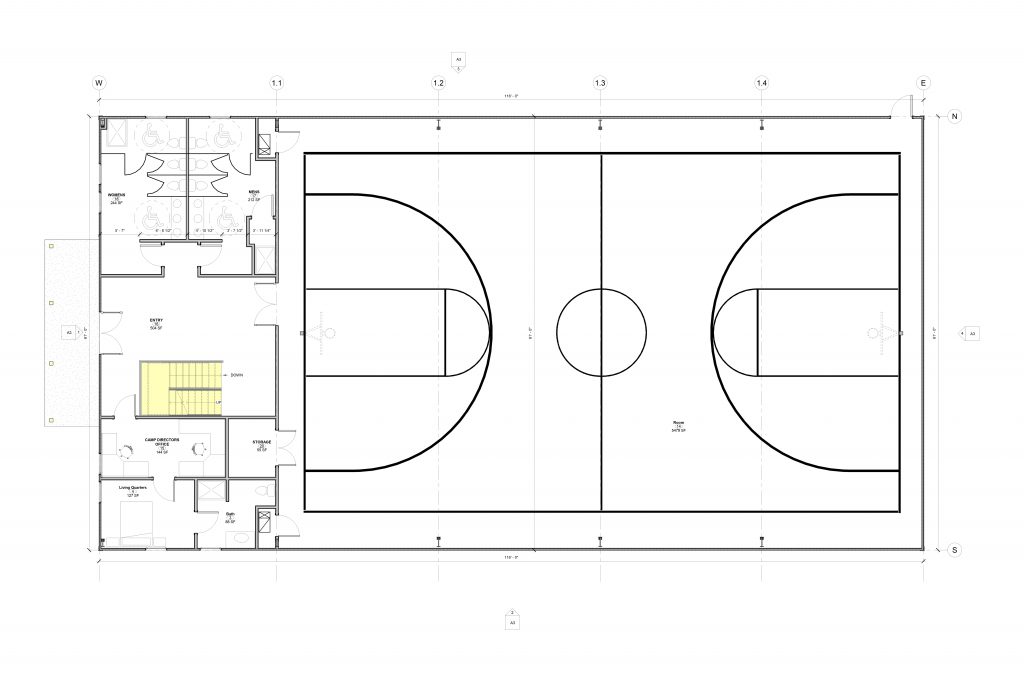 The front of the new building will retain the basic shape of the current Parker Hall as shown.  A covered entryway will add functionality in inclement and sunny weather.

This is the main outside entrance to the lower level.  This is the storm shelter area which has classrooms, restrooms, large conference room, kitchen and storage areas.

The 1st floor layout has the gymnasium, restrooms, the camp directors office and living quarters.

I have the privilege of serving as the Grand Oaks Development Director. We’ve been praying, working, and are now off to a new start in our Strong Roots New Branches fundraising campaign to build the multi-purpose building. The Trustees announced at the April Ex. Bd. mtg. that they had worked with architect Lee Rhoad to come up with some preliminary plans and a conceptual drawing of our Storm Shelter/Multi-Purpose building. They are proposing a three phase operation to make this become a reality.

A little history for those of you who might be new to this Capital Fundraising campaign. It began seven years ago and many of you, like Geneva & I have been faithful in continuing your giving over the years. In our case, we made a commitment to give ten percent of all the monies the Lord blessed us with over our normal income. He has continued to be faithful and so have we to the Grand Oaks Strong Roots/New Branches campaign. If you haven’t financially committed to this project, I would ask if you would prayerfully consider as an individual, church, or Association. I love the concept of “Not equal gifts, But equal sacrifice”.

Under the leadership of the late Clyde Elder, as our former Development Director, we raised the finances to build our new swimming pool. It was estimated at the time to come in around $250,000. The projected cost of the multi-purpose building set at that time was also around $250,000. Obviously, we were successful in raising money and building our new pool. In 2011 Jerry Palmer made a motion to enlist a Capital Campaign Fundraising Committee to work with Bro. Clyde to raise funds for both of these projects. At present date we have continued to raise a total of $384,950. At the end of 2015 we had spent approximately $259,000 building the new swimming pool. That left us with start-up money toward the future Multi-Purpose building of $20,000.

As of the last Ex. Bd. mtg. on April 5, we currently have, $117,968 in our Strong Roots/New Branches Capital Improvement-Building Fund for our Multi-Purpose building. After working with our Architect, the Trustees are suggesting we set our financial goal at an estimated cost of $500,000, rather than the original $250,000. They have done further research and wisely expanded it to more of a storm shelter concept as well as a multi-purpose building. That means we have a lot of work to do for the Lord’s glory and providing a new facility to protect our campers in case of a storm as well as give us a beautiful facility as a multi-purpose building.

That’s where I come into the picture as your current Development Director. Please join me in prayerfully encircling this new goal of $500,000 for the Storm Shelter/Multi-Purpose Building.  If we all do our part, soon we will come on to the Grand Oaks campus, come over the hill and see to the right a beautiful new facility which will help us faithfully continue to reach boys and girls and families for the Glory of God’s Kingdom’s work.

Thank you for your continued prayers and efforts in making this project possible for God’s glory.